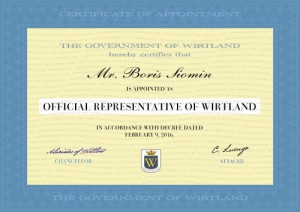 Government of Wirtland is pleased to communicate that Boris Siomin was appointed as official Representative of Wirtland. His geographical location is Israel. His communication languages are English, Russian, Hebrew.

Wirtland extends warm congratulations to Boris! He became the first Representative of Wirtland, having responded to announcement published on February 9th. We hope that before long Wirtland will have an effect 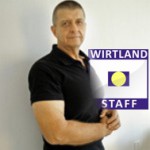 ive network of Representatives in many cities of the world.